Financial identity theft has grown into a multi-billion-dollar problem, and at least 7% of the cases that are reported target children’s identities. It is estimated that over 140,000 children are victims of identity fraud each year in the US, according to research conducted in 2011 by IDAnalytics, but the actual number of child victims may be much higher, as the theft of a child’s financial identity is often not discovered until the child applies for credit. 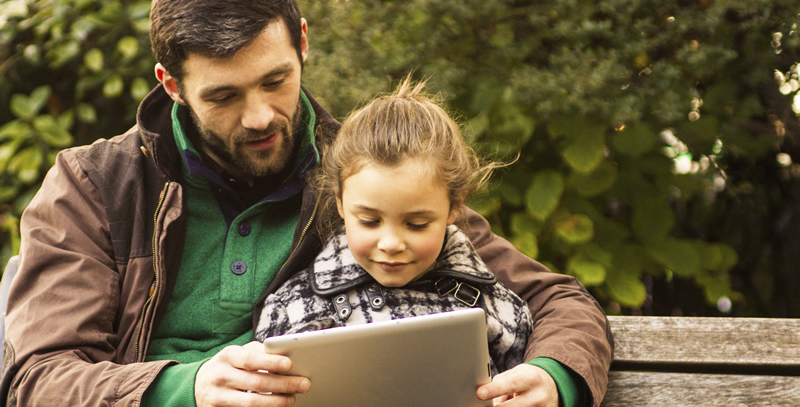 There are four primary reasons why children's identities are so attractive to thieves:

Other research indicates that children are targeted for identity theft 51 times more often than adults (Debix). And, minors who were alerted about potential privacy compromises were 7 times more likely to actually experience fraud than adults who were similarly alerted, according to IDAnalytics.

There are two primary threats to children's financial identities.

The first threat comes from criminal businesses that use computers and publicly available information to find social security numbers for which no line of credit has been established. You may wonder how criminals steal numbers that aren’t in any system, but that’s the beauty of it. They don’t have to know whose SSN they’re stealing, they just have to find SSNs that are legitimate and have no credit history.

he second threat comes from family members looking for a new line of credit. They steal their children’s, nieces’ or nephews’, grandchildren's, even younger siblings’ identities, primarily to use themselves to create new lines of credit.</mrk> <mrk mid="2" mtype="seg">In cases where family members are the thieves, children may be very reluctant to report the incidents to the authorities, even after they become adults, making the cleaning up of their credit scores and identity particularly difficult.

The impact of identity theft on a child can vary, especially once the child becomes an adult.  Your child may discover that their identity has been used in a crime, they may be denied credit or university loans, experience difficulty renting a flat, opening a utility account or even getting a phone account in their name. They may also be subjected to medical identity theft, where their medical records have been tampered with in order to defraud an insurance company.

Checking a child’s credit report is possible for young people, but it is generally ineffective, as they haven’t built up a solid credit history. According to the Identity Theft Resource Center, credit report monitoring only catches a child’s ID theft in around 1% of the cases. But that doesn’t mean there aren’t concrete steps you can – and should – take to protect your child.

Keep any information about your child on a baby registry general.

Don’t give a date of birth, the child’s name, your hospital or other information that could be used to help tie information to your child. Once baby gifts have been received, close the registry.  Some companies don’t make this easy, but if you call and demand that the record be removed, you should be successful. If you choose to put a birth announcement online or in a newspaper, keep the information general.

Do not keep their SSN cards (or yours) in your wallet or purse where they can be stolen.  If you don’t have a safe or safety deposit box, store them in the most secure location you can find.

As your child grows up and becomes involved in sports activities, clubs and organisations, you will often be asked to provide their social security number (SSN).

Challenge the people who ask for this information and ask how it will be protected, who will have access to it, and when and how it will be disposed of when your child is no longer in the team, club or organisation.  Do not feel reassured if the person who requires the information ‘only’ wants the last 4 digits of the SSN – these are the only critical numbers.

SSNs have three sections; the first three numbers represent the state in which the SSN was issued (after 1972, they represent the zip code). Anything between 001-003 and before 1972, for example, is issued in New Hampshire.

The last four digits are the only random numbers – and ironically, those are the ones you’re asked to provide most frequently. Whenever possible, find out if you can use an alternative form of identification for your child.

Help teenagers understand that they don’t have to have money to be at risk.

Lots of teenagers get tripped up because they feel that they don’t have enough money in their bank account to matter – if someone really wants to steal their $54.13, let them. But this is the wrong way to look at it. It’s not what your child has in their account that interests a criminal; it’s how far they can put your child in debt.

Websites typically collect name, age and date of birth – all great starting points for ID thieves if the company records are hacked or if they display this information about users. If your child also says where they were born, thieves know the first 5 digits of their SSN… a little digging or social engineering can quickly provide the rest of the information.

Unfortunately, credit bureaux won’t create a file for a child at the request of a parent who wants to place a preventative freeze. Files are created based on information reported by creditors – for example: employers, credit card companies, mortgage providers and other lenders. If your child has never had a job, applied for a credit card or loan and has not had their identity stolen, they won’t have a credit report.

If credit-issuing companies checked the date of birth of the person seeking credit and matched it against their reported social security number (remember, the first 5 digits represent the location and date of birth), it would quickly identify that the applicant was an infant, child or teenager. This should put up a red flag requiring them to ask for additional documentation.

There are legitimate cases when an adult would have a social security number that is new, such as when immigrants are issued with an SSN or when people have had to have their SSN reissued because of identity theft, but these cases can easily be dealt with. The vast majority of new card holders are minors, and it is very unlikely that a baby who was issued with an SSN two years ago needs it for a line of credit or mortgage.