How Technology Has Changed the Face of Autism

When you first meet James, you realize immediately that there’s something different about him. He’s 16 but reads at a second-grade level. He speaks loudly, often interrupting other people’s conversations. He has difficulty recounting the events of his day or sustaining attention to any conversation. He has trouble with simple arithmetic.

Like tens of thousands of other children, James has an autism spectrum disorder (ASD), which makes life a daily challenge for his parents, Marie and Rob, who live just outside Washington, D.C. 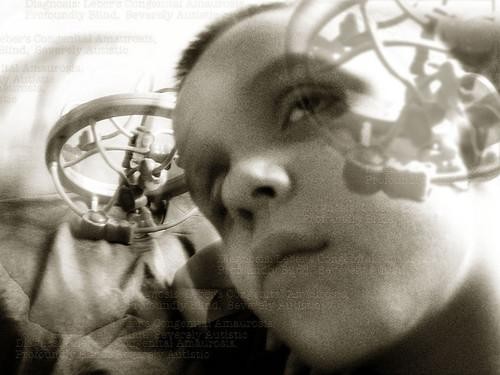 “I think … therefore I am not a diagnosis” by John Jay Glenn (via Flickr).

Yet, like many with ASD, James has some unusual abilities. He can quote dialog verbatim from nearly any Disney or Star Wars movie, Marie says. He can find places he’s visited in the past by poring over satellite images on Google Maps, Rob adds. And with the help of an iPad outfitted by the special-needs coordinators at his school, James can lead something approaching a normal life for a high school student.

James’ story isn’t all that unique. The number of autistic children is staggering — one in 68 has been diagnosed with ASD, according to studies by the Centers for Disease Control and Prevention. That means there’s one in every two or three classrooms in America.

More: Eight Things You Ought to Know About Autism (but Might Not)

I can name half a dozen families that have at least one member with ASD, and I bet you can, too. Yet most of what I thought I knew about autism came from watching movies like Rain Man or reading books by Oliver Sacks.

Because April is National Autism Awareness month, I thought I’d try to learn more about this complex and mysterious disorder. One of the more remarkable things I’ve discovered is both how deeply embedded ASD is in the world of tech, and how technology is helping to make a huge difference in the lives of people who live with it each day.

The iPad influence
Assistive technology for the developmentally disabled has been available for decades, but until recently most of it has been extremely low tech or extremely expensive. The iPad is helping to change that.

For example, many people with ASD are nonverbal, even if they can understand what’s being said to them and formulate responses in their brains. In the past, parents might have spent $8,000 or more on a dedicated single-purpose computer to help their kids communicate via symbols. With the tap of a picture, the machine would recite the word associated with it; tap several in a row, and it would string the words together to form rudimentary sentences. Now kids with ASD can get many of the same capabilities by installing AssistiveWare’s $220 Proloquo2Go app. 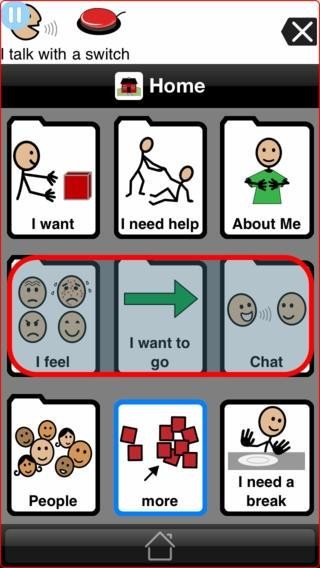 Rob says carrying an iPad removed the stigma of carrying around a clunky device that screamed, “I am different from everyone else.”

“The iPad made it kind of cool,” he says. “He’s not the weird kid with the electronic box on his desk; he’s just another kid with an iPad.”

Communication is just one challenge for kids with ASD that can be addressed via apps. Another is learning how to engage socially, says Shira Lee Katz, senior director of education content for Common Sense Media. An app like The Social Express Home can help kids understand social norms and how to respond appropriately to others, Katz says, while Calm Counter can teach them how to cool down when they get frustrated and angry.

Children with ASD also often lack executive functioning skills, such as the ability to manage tasks and to move from one to the next. Apps like Time Timer and Choiceworks can help kids structure the time they spend on each task and follow visually oriented schedules, says Marbea Tammaro, assistive technology team specialist for Arlington Public Schools in Virginia. Even the basic apps that come with every tablet — like the calendar, to-do lists, and the camera — can be extremely useful for creating visual reminders and managing day-to-day activities, adds her colleague, Josh Taylor, an autism specialist for Arlington.

But the number and variety of apps for developmentally disabled children is overwhelming, Taylor adds, and every child is different. The best solution is to work with your school’s special-education team to find the apps that match your child’s situation.

Saved by the Net
The other great technological innovation that helps members of the ASD community is the Internet itself. For example, iPads with special needs apps aren’t always covered by insurance, so some families that can’t afford to buy them have turned to crowdfunding. Sites like GiveForward and Crowdrise have helped ASD families buy the tech they needed, says Shannon Des Roches Rosa, a writer and autism activist whose 13-year-old son is on the spectrum. 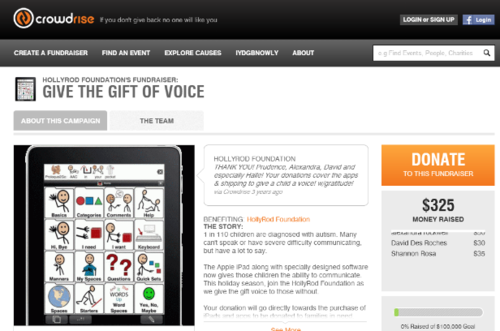 There are hundreds of Web resources devoted to the topic — from Facebook groups like Autism - technically speaking, which is aimed at parents of autistic kids in the technology business, to social networks like MyAutismTeam to activist sites like the Autistic Self Advocacy Network and sites like Thinking Person’s Guide to Autism, which combines a bit of everything.

Sometimes, though, the solution isn’t always cutting edge. A child who’s hypersensitive to sounds can be calmed with something as simple as noise-canceling headphones, Rosa says. And instead of putting a GPS tracking device on her son, she used a med-alert bracelet with her cellphone number.

Rosa also warns against lingering on sites that focus on the stigma of being autistic. “You need to get through that thicket of misinformation, negativity, and pity, because it will just drag you down,” she says. “You need be aware of the rights and needs of autistic people, and get to work on fighting for them.”

And if you weren’t aware of all that before, well, you are now.