Your Kids Are Worried About How Much Time You Spend Online 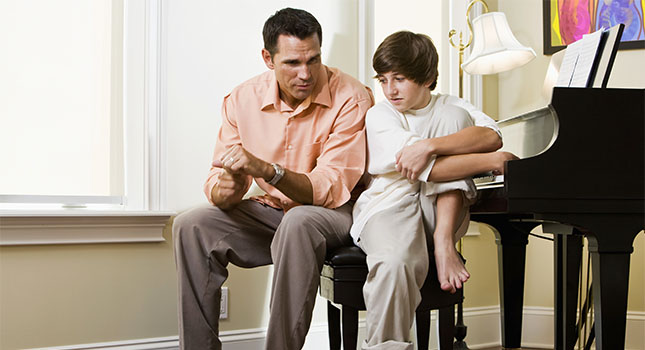 The next time you feel the urge to harangue your kids to spend less time with their faces attached to screens and more time in the real world, be careful: They may deliver the same lecture right back at you.

A survey commissioned by the UK’s New Forest National Park Authority reveals that when it comes to screen time, parents are big, fat hypocrites — at least in the eyes of their offspring.

The results shouldn’t come as a surprise to any smartphone-wielding parent. While six in 10 parents in the survey worry that their kids are spending too much time in front of a screen, nearly seven in 10 children feel the same way about Mom and Dad.

Other results from the survey:

The Park Authority commissioned the survey to promote its new Tech Creche — a safe place for parents and kids alike to park their gadgets so they can fully appreciate the bounties of nature.

This problem is hardly limited to Britain. According to a 2013 survey by eMarketer, U.S. adults spend an average of more than 2 hours and 20 minutes a day using their mobile devices, not including talk time — nearly an hour more than they did the year previous.

Tamara Sanderson, who created TimeAway, which helps parents manage the time their kids spend using smartphones, says she was inspired to create the Android app by observing parents and their kids at a shopping mall.

“There were lots of families together, but everyone was on their phones or tablets,” she says. “It felt strange to be in a world where everyone was physically together but mentally apart. I started blogging on the concept, and then it evolved into an app idea.”

Then she started using TimeAway herself — and discovered that she was spending way more time staring at her own smartphone than she realized. That’s why her next app will help adults manage their own screen time.

BeAway, due out this fall, will enable parents to put limits on their own bad habits — to, say, keep them from checking work email after 10 p.m. or wasting hours on Facebook. If they break the rules, the app will force them to put down the phone or pay a nominal penalty to a charity.

And, of course, they’ll really hear about it from their kids.